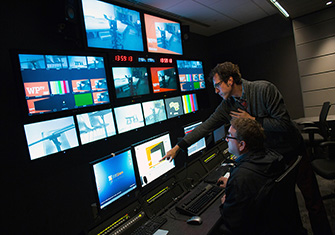 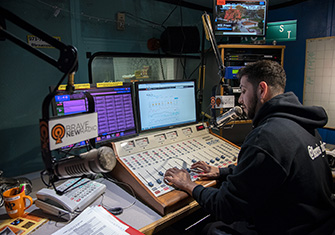 This marks the radio station’s tenth ever nomination for best station in the nation.

“These nominations are the result of all the work, time, and dedication our students put in at the radio station every day,” says Sebastian Escobar ‘15, interim general manager of WPSC-FM, noting the “high standards” and “the level of professionalism” to which students are held. “It’s serious work and award-winning work, and I’m happy to see our students get recognized for it.”

Best Use of Graphics

“I am so proud of all the students who continued to produce content throughout the pandemic. It is a testament to the grit and Will.Power. that the entire University community tries to teach and model every day,” says WPTV Studio Manager and WP communication professor Al Clarke.

Winners will be announced at the 82nd Annual IBS Conference on Saturday, March 5.