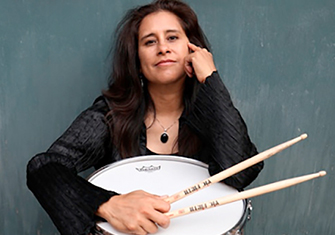 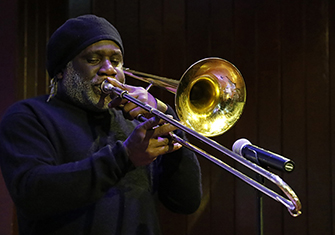 Live jazz music returns to William Paterson University in Wayne from July 19 to July 23, 2021 as the 28th annual Summer Jazz Room features a weeklong series of evening jazz concerts in the Shea Center for the Performing Arts on campus.

Concerts begin every evening at 7:30 p.m. Tickets are $10 for each concert or $40 for a weeklong pass, on sale through July 15. Tickets must be purchased in advance via the online box office ticketing system. For tickets visit wppresents.org, or contact the box office at 973.720.2371 or boxoffice@wpunj.edu.

The Summer Jazz Room series opens on Monday, July 19 with the Dave Stryker Quartet with vibraphonist Warren Wolf. Steeped in blues, bop, and beyond, with a distinctive and hard-swinging style, guitarist Dave Stryker spent two years touring in the group of organist Jack McDuff before starting a notable 10-year association with sax legend Stanley Turrentine. He has over 26 recordings as a leader, co-leads a band with saxophonist Steve Slagle, and has made countless other recordings and appearances as a featured sideman with the likes of Kevin Mahagony, Eliane Elias, and Javon Jackson.

The midweek performance on Wednesday, July 21 features the Samara Joy Quartet. With a captivating singing style described by Will Friedwald as “connected to the entire history of jazz all at once,” Joy is poised for a substantial career, with a July release of her debut recording featuring Pasquale Grasso, Ari Roland, and Kenny Washington. Joy came to the public eye after winning the Sarah Vaughn International Jazz Vocal Competition in 2019. She is a Bronx native, attended Fordham High School for the Arts and SUNY Purchase, and has performed at New York City’s top clubs with Christian McBride, Kirk Lightsey, Cyrus Chestnut, and National Endowment for the Arts Jazz Master Barry Harris.

Frank Lacy’s Tromboniverse takes to the Shea Center stage on Thursday, July 22. A brass specialist, composer, arranger, vocalist, and leader of many ensembles that span the breadth of American music from jazz to rock, Lacy has been a member of ensembles that have received Grammy Awards—The McCoy Tyner Big Band, Roy Hargrove’s Crisol, The Mingus Big Band, and D’Angelo. He was musical director with Art Blakey’s Jazz Messengers, and has also worked with Lester Bowie, Marty Ehrlich, Michael Formanek, Slide Hampton, Rufus Reid, Henry Threadgill, Steve Turre, and Bobby Watson, among many others.

The weeklong series concludes on Friday, July 23 with the Sylvia Cuenca Group. A longstanding fixture on the New York jazz scene, drummer Sylvia Cuenca has played with and learned from the masters, and now is an established figure in her own right. For four years she was a member of Joe Henderson’s band, continuing on to an amazing 17-year stint with the band of trumpet legend Clark Terry. Cuenca has performed with a veritable who’s who of jazz, as well as Alicia Keys. Cuenca, who is serving as artist-in-residence for William Paterson’s Summer Jazz Workshop, has been a guest clinician and artist-in-residence throughout the world, at the Sisters in Jazz Program, The Mary Lou Williams Jazz Festival, and has taught at the Jazz for Teens and Pre-Teens program at NJPAC, the Stanford Jazz Workshop and other jazz camps.

The weeklong series, which has drawn thousands of jazz fans to the University’s campus for nearly three decades, is designed to make jazz more accessible to the community. The Summer Jazz Room coincides with the University’s annual Summer Jazz Workshop for middle and high school jazz students with Sylvia Cuenca as artist-in-residence.

William Paterson University has been a flagship of jazz education for more than 40 years and is recognized internationally for its Jazz Studies Program and nationally acclaimed Jazz Room Series of concerts each fall and spring.

William Paterson’s 28th annual Summer Jazz Room Series is funded, in part, by grants from the New Jersey State Council on the Arts/Department of State, The National Endowment for the Arts and Mid-Atlantic Arts.

To help ensure a safe and comfortable experience, all visitors must adhere to COVID-19 safety protocols. Learn more at wppresents.org under Visitor Info.