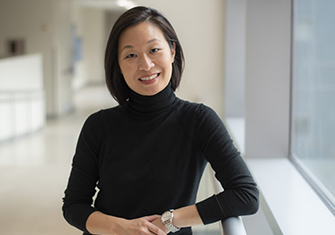 New research suggests that scientists who are known for their hard work, like Thomas Edison, rather than those viewed as naturally gifted like Albert Einstein, make better role models in motivating young people to pursue STEM (science, technology, engineering, and mathematics) majors or careers.

Janet N. Ahn, an assistant professor of psychology at William Paterson University, and Danfei Hu, a doctoral student at Penn State, performed a series of studies that resulted in the paper, “Not All Scientists are Equal: Role Aspirants Influence Role Modeling Outcomes in STEM.” The study was recently published in Basic and Applied Social Psychology.

According to the researchers, there’s been national concern about the decline of students pursuing degrees in STEM once they progress from their education to professional careers. This phenomenon is known as the “leaking STEM pipeline.” A burgeoning amount of research on role models promises to “fix” this leaking pipeline.

While previous studies have examined qualities that make role models effective, Ahn and Hu set out to question whether the aspiring scientists’ own beliefs about potential role models had an effect on their motivation.

“We found that scientists that are associated with hard work, or people perceive them to be more hard working than just naturally brilliant, are the best type of role models for science. They are more motivating to people than scientists associated with natural abilities and giftedness.”

In a series of three studies, participants read the same story about the struggles a scientist encountered in their career. However, half were told the story was about Albert Einstein, while half believed it was about Thomas Edison. Einstein is widely viewed as a genius and his success is commonly linked to extraordinary talent. Conversely, Edison, the inventor of the lightbulb, is known for his perseverance, having failed his experiment a thousand times but not giving up. Despite the stories being the same, participants were more likely to believe that natural genius was the reason for Einstein’s success. The participants who believed the story was about Edison were more motivated to complete a series of math problems; whereas, thinking it was Einstein demotivated them.

Ahn says this has a lot of implications for the type of role models we put forth. “In the sciences, a role model who is viewed as brilliant could be deterring a lot of folks away from pursuing sciences, even if they like it, because they may feel they are not smart enough to be part of the field.”

“The truth is, it’s not just about how smart you are, but how hard you work and how much you persist,” she says. “Even Einstein worked very hard and overcame many obstacles. This work is important in that it offers a novel approach to increase young people’s willingness to pursue STEM.”